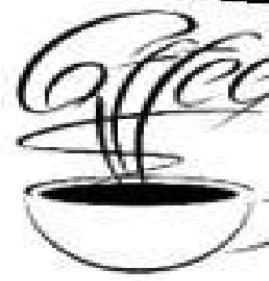 “Really Stepped In It This Time”

Coffetime Column With Andy &amp; Renie Bowman
Body
It was an absolutely beautiful brisk fall morning, and Sam just couldn’t resist making his trek to the downtown bank on foot, normally done by car. Some exhilarating fresh air, and much-needed exercise, plus the chance to greet any friends who had the same idea of enjoying the unusual day – the idea was irresistible.

News Staff
Body
In February I’m always interested in what the groundhog, or woodchuck, called Punxsutawney Phil has to say about the weather. Once a year, he lets us all know if there will be six more weeks of winter. This event, known as Groundhog Day, always reminds me of the movie with the same name. In the movie, Phil Connors, an arrogant egocentric weatherman finds himself in a time loop, repeating the same day over and over again during a hated assignment. Eventually he discovers that he has the choice to act differently, and that changes the pattern of each day. Each day is the same, yet different. However, just making changes doesn't release him from the time loop. It's when his choices include opening his heart to his co-worker, Rita, and to doing good deeds for others, that he escapes - because he is a changed man.

What Would Jesus Ask You?

News Staff
Body
Jesus liked to ask questions of those who heard Him teach. One of those questions is found in Luke 6:46-49. Here Jesus speaks to His followers, but some have come just to hear what He has to say, not having a thought for changing their hearts or their lives.

News Staff
Body
In one way or another, everyone is bound to face grief. Anyone can lose someone near and dear like a relative, a close friend or a pet because death is a part of life. To better understand grief, one must look at it as a multifaceted response. It affects the emotions and all other areas as well. Psychologically grief can bring about social, philosophical and physical reactions.

News Staff
Body
“The God on the Mountain is still God in the Valley” are wonderful lyrics in a song most of us have heard. When things are going according to (our) plan . . . we get all giddy and ecstatic. We find ourselves jumping from peak-to-peak.

Bristow has a new Pastor joining the community

News Staff
Body
Was 2020 a crazy year for you? It was for me! Am I looking forward to 2021 with hopeful anticipation, eager to explore new opportunities? Many feel inspired this time of year; ready to make changes in their lives and let go of those things that have held them back. They want to grow into a fuller expression of their best self.

“Keep Digging With A Smile”

Coffeetime Column With Andy &amp; Renie Bowman
Body
Six-year-old Johnny longed for, prayed and dreamed about getting a pony for his birthday. In his eyes, he truly NEEDED a pony. Uncle Jim knew all about Johnny’s dream. But he also was very aware of the prohibitive cost. Being a realist, he despised the weak, hopeful attitude of his nephew. So he set about teaching Johnny a lesson not to be forgotten.
Subscribe to